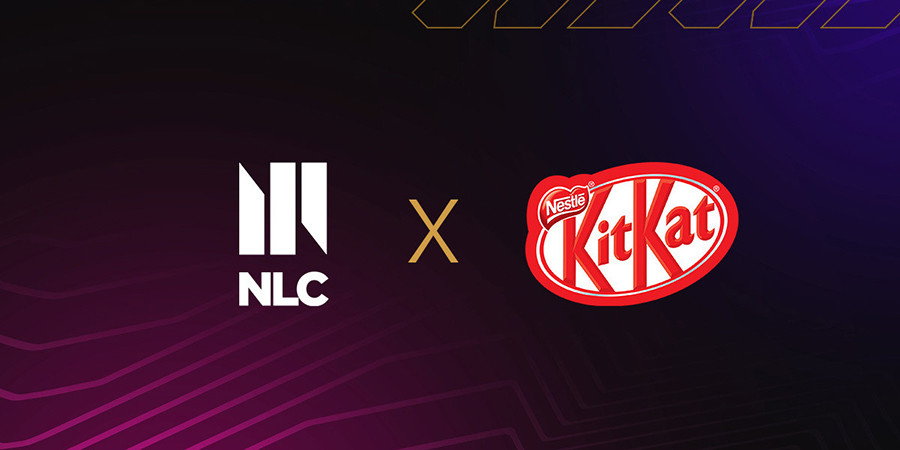 posted by Jacob Hancox,
In advance of the upcoming Spring 2022 split of the Northern League of Legends Championship, KitKat and Freaks 4U Gaming have announced a renewal of the previous partnership between KitKat and the NLC. The collaboration between KitKat and the Northern League of Legends Championship (NLC) is continuing into 2022, as KitKat will maintain its role as the official confectionary brand partner for the NLC. In doing so, the brand is transitioning into a relationship with Freaks4U Gaming, who have recently acquired the rights to the NLC. The league itself is undergoing a series of changes including the transition to a division system, and the support of KitKat aids in the process.

KitKat first dove into the world of European League of Legends esports in 2020 at the top level with the League of Legends European Championship (LEC). Their commitment to the scene has shone through in their partnership with the regional league for Scandinavia, Iceland, the UK and Ireland: the NLC.

Fans of the NLC will be familiar with the presence of the well-known KitKat logo on the various graphics which accompany the NLC’s live stream and social media posts, and this will continue into Spring 2022. Not only that, but the brand will be represented on Summoner’s Rift itself in the form of banners displayed across the scenic arena.

The central ‘Have a Break’ mantra of KitKat will also make an appearance in NLC broadcasts in the form of an association with any technical pauses that may occur during the games themselves. Thus, viewers will be encouraged to ‘Have a Break’ in order to properly digest all the action that has taken place up until that point.

Regarding the renewed collaboration, Sebastian Orting-Vester, the Nordic Senior Brand & Innovation Manager at Nestlé Confectionery said the following: “We are thrilled that KITKAT will continue as Main Partner for NLC for another season. NLC is a brilliant platform for KITKAT to engage with our fans in the rapidly growing eSport community and we’re so excited to be part of this amazing journey.”