The Best Highlights and Coolest Stats from Week 1 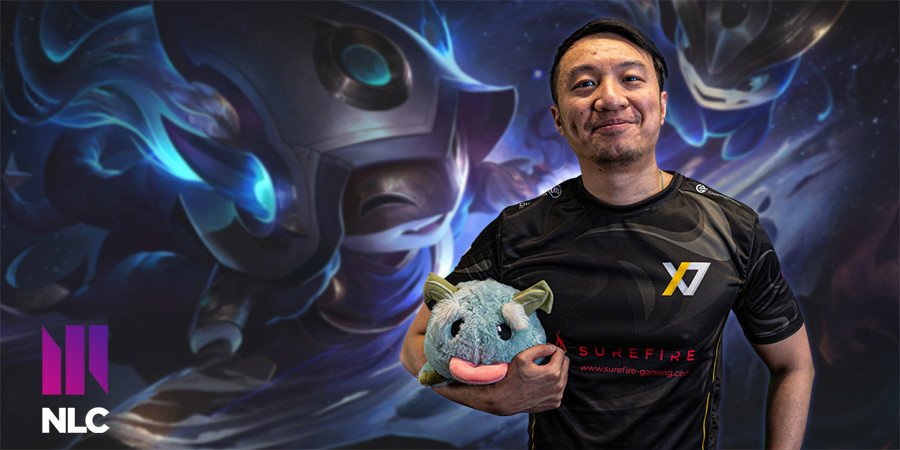 posted by Jacob Hancox,
After an action packed first week of the NLC Spring Split 2022, we took a look at some of the best highlights and most interesting stats from the ten games. The opening week of the new-look NLC has come to a close, and we now have a clearer picture of the pecking order of the teams at the start of the spring 2022 split. Across the ten games we have seen so far, there were plenty of highlight moments and a couple of games in particular which produced some major fireworks! We have collected here some of the best highlights from the first week’s action, as well as a few interesting stats you probably didn’t know about.

As the first game of the NLC season approached the eighteen minute mark, the underdogs of Team Singularity were struggling to keep their heads above water. The kill board only showed a three kill deficit for the Danish team, but they were over three thousand gold behind the curve and things looked pretty dire. However, after a teamfight erupted in the middle lane, SNG’s mid laner Muter showed that you can never truly count out a team with a skilled Orianna player.

Fast forward now to the 47 minute mark in the very same game. Vanir have pushed Team Singularity to the brink of defeat, but the plucky underdogs have held the line right at their own nexus. After repelling a baron-plus-elder onslaught at the hands of the Norwegian organisation, Singularity then proceeded to get a crucial pick on Vanir’s mid laner Sahira. With the one-player advantage, Singularity turned to the baron – but they failed to account for what happened next.

Let’s take a small breather from the incredible action of that first game of the season – we don’t want to cause blood pressure issues after all – to take a look at a few weird and wacky stats from the first week of play.

For example, while the Vanir vs. Singularity match was an absolute banger, the same cannot be said for Astralis Talent vs. NYYRIKKI. Nothing sums up the obscene lack of aggression we saw in this game better than the fact that NYYRIKKI’s bot laner Azitor, who was playing an immobile ADC in the form of Jhin, didn’t use a single summoner spell until the 31:40 mark. Over half an hour without using either flash or cleanse – against a Leona for heaven’s sake! Here is the moment Azitor finally popped a cleanse for the first time.

For our next stat we go to the penultimate game of day one: Riddle vs. X7. We all had high expectations for X7 going into the split, with the huge signings they made during the off season. In their first game of the season, they certainly lived up to expectations, as they handled Riddle with relative ease. Want proof of how easy this game was for them? Kasing, playing Lulu, didn’t go below half health for the entire game. Not once was Riddle able to bring the veteran support even close to losing his life. Here is the moment Kasing fell to around half health in that game – he wouldn’t do so again for the rest of the game.

The marquee matchup for the first week of NLC action was, without a doubt, JDXL vs. X7. The game may well have been a preview of our eventual playoff finals at the end of the split, and it certainly delivered on the hype! The game was a close-fought matchup for a very long time, and the teamfight which began 33 minutes into the game seemed as even as the game had been. However, after what looked to be a narrow victory in the fight for JDXL, X7’s Korean mid and jungle duo well and truly announced their arrival into the NLC.

Going into their day two matchup, both Riddle and NYYRIKKI were sitting at 0-1. A win on day two would go a long way towards building some momentum to develop upon in the second week of the spring split, while a loss would leave either team a member of the not-so-illustrious 0-2 club. The game was a close one, but by 26 minutes into the game Riddle had amassed a 2k gold lead. When a fight broke out, it was Riddle’s bot laner Fatihcan emphasised their advantage.


Always stay up to date with the NLC