The NLC MVP vote - Which players conquered the Spring Split 2022? 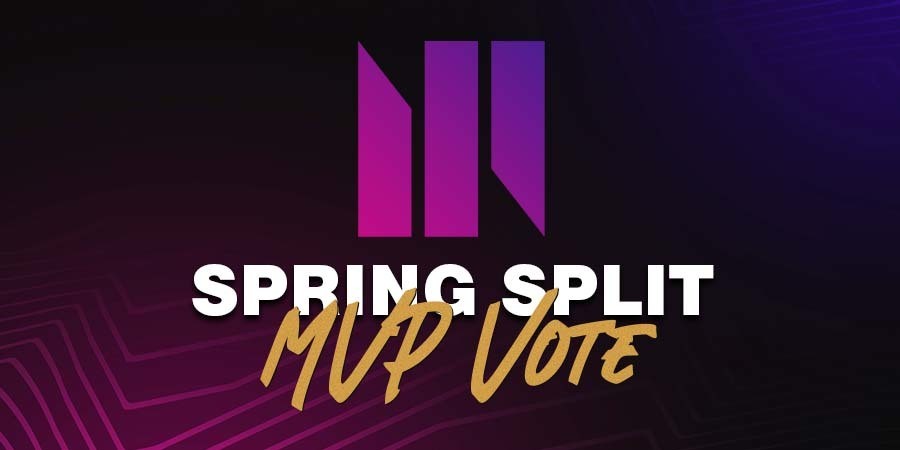 posted by Jacob Hancox,
The Division 1 Spring Split 2022 saw a range of extremely talented players showcasing their skills each week. But which luminary made the biggest impression? The NLC teams and expert panel has spoken and elected the true MVP of this season. At the end of the regular season of the 2022 NLC Spring Split, we asked all of the players and coaches, as well as our special expert panel of casters, journalists and content creators, to name their Spring Split MVP. On top of that, each respondent also submitted a vote for the best player in each role for the All-Pro team, as well as the best coach overall.

The players and coaches vote made up 50% of the overall rating, while the opinions of our expert panel made up the other 50%. Below you can see the individuals who comprised the panel. The players and coaches who voted were not allowed to vote for players on the same team as themselves, to make sure that things stayed fair.

The largest champion pool and a solo-kill spree: Our Spring Split MVP

It won’t come as a surprise to many people that the Most Valuable Player of the NLC Spring Split is JDXL mid laner Jang "EMENES" Min-soo. During his first ever split in the NLC, EMENES immediately became the talk of the region for a number of reasons. First was the fact that he simply could not stop solo killing his opponents, managing 34 over the regular season.

Second was his incredible champion pool which saw him play 17 champions in 18 games, with LeBlanc being the only champion he piloted multiple times. Finally, there were his stats. EMENES’ damage per minute tally at the regular season’s end was 813, a simply astronomical figure. Sadly, we won’t get to see EMENES strut his stuff at EU Masters, but he certainly made a major splash in the NLC. 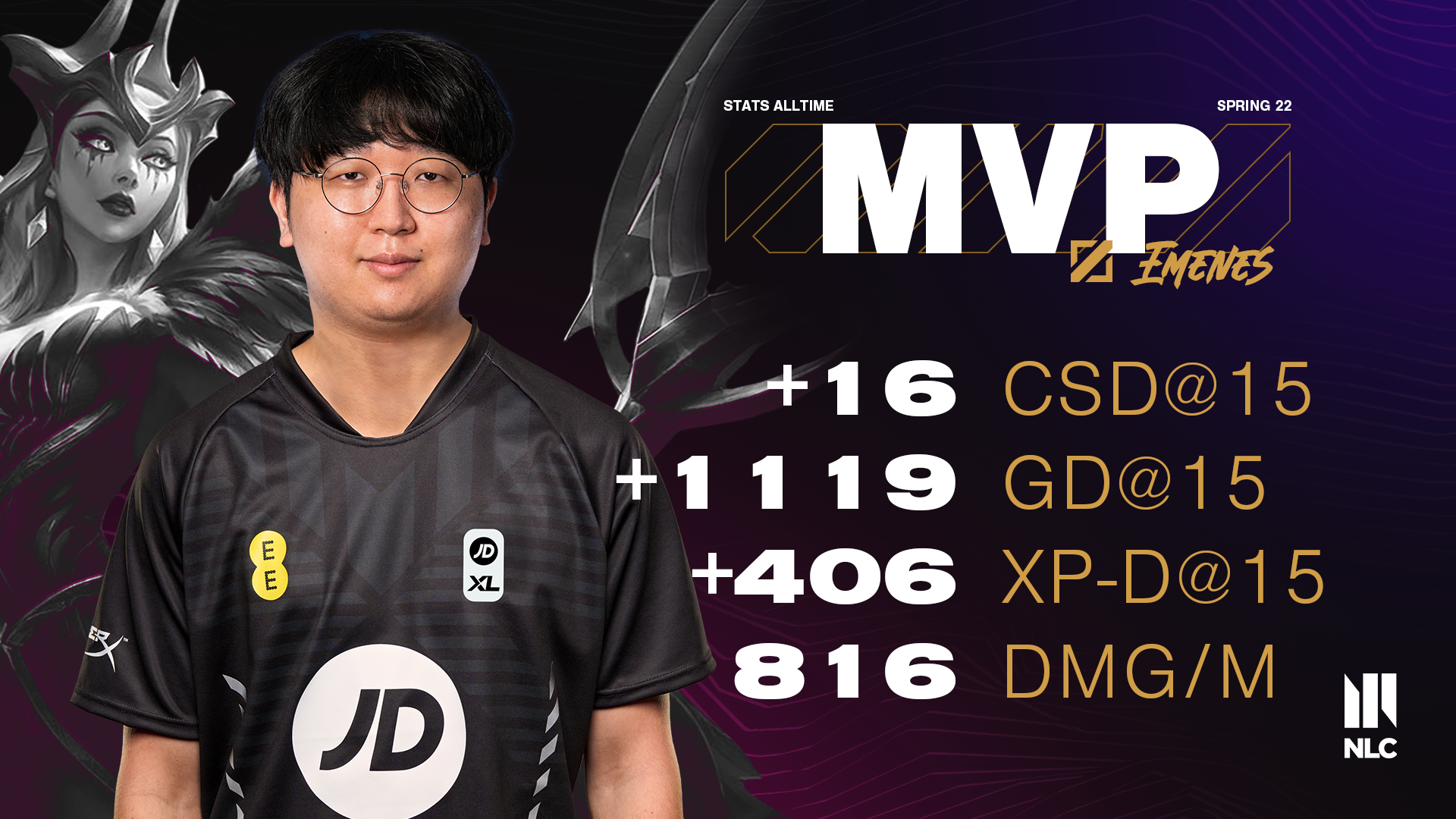 The only other player to come remotely close to EMENES in the MVP voting was X7’s superstar jungler Kang "Haru" Min-seung. Coming into the NLC as a player who had played and won on the world stage, Haru had some massive expectations to live up to. He did just that, ending the season with the highest KDA of anyone and leading most significant statistical categories for junglers. Also scraping a place in the top three was Riddler’s jungler Mohammed "MC" Chinoune. On top of drawing a Nidalee ban in almost every single game, MC also led the league in objectives stolen.


The best of the best: Our All-Pro team

Next up is the NLC Spring 2022 All-Pro team, consisting of those players voted the best in each respective role. Once again, the players, coaches and experts all had a say in which players were granted this honour. Below you can see the winners in each position, including the coaches. 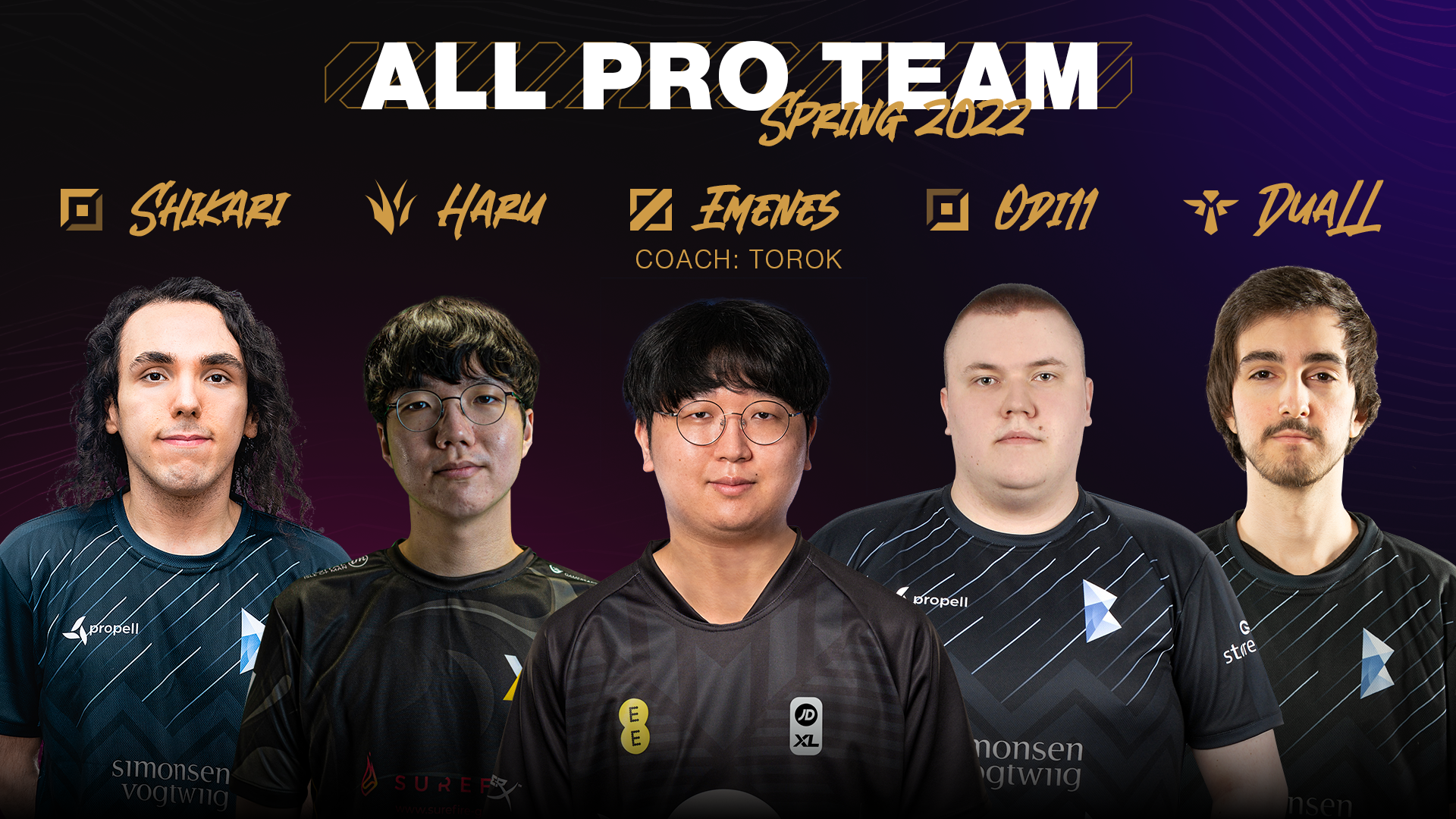