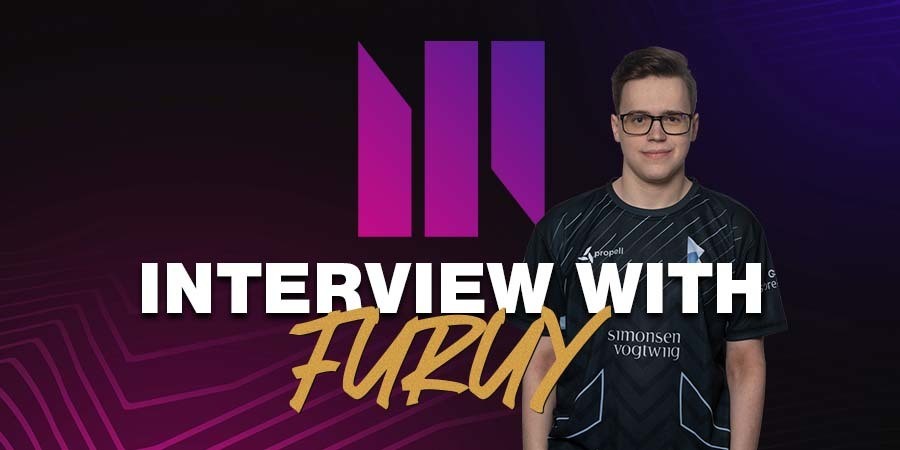 posted by Jacob Hancox,
Mike "Furuy" Wils shares his opinions on Bifrost's EUM chances, the NLC as a whole, his family's support and more. After surprising everyone by claiming the sweep over X7 in the NLC Spring Split regular season, Bifrost proceeded to play two markedly different playoff games against the NLC’s superteam. While they ultimately came up short of claiming the top spot in playoffs, they did reach the finals and therefore qualify for the play-in stage of European Masters. We spoke to the team’s midlaner Mike “Furuy” Wils about the spring split so far, as well as the team’s chances heading into EUM.

Who Are the Play-Ins Competition?

For the play-ins stage, Bifrost was drawn into group B. Joining them there are Unicorns of Love Sexy Edition, of the Prime League, Valiance, of the Esports Balkan League, and finally eSuba of Hitpoint Masters.

The group draws were made using a seeding system which placed the teams into different pools. In theory, the teams in pool 1 ought to be the favourites to win their respective groups. In group B, that’s UOL. However, Furuy doesn’t necessarily see them as favourites. “Prime League and NLC I would rate as the same… In our group of course UOL are the closest to us.” Given that the Unicorns are the Prime League’s third seeded team, while Bifrost are seed number two from the NLC, many will consider Bifrost to be the true favourites in this group.

Simply getting out of the play-ins group stage is not the team’s goal however. “We for sure should get out of play-ins”, said Furuy, “and realistically with a good group [in the main stage] we can make it out as well.” Indeed, Furuy hopes to play against some of the best teams the ERLs have to offer. “I, of course, want to face BDS, LDLC and FNTQ and see how we go against them.” After their performances in their first playoff meeting with X7, the players’ confidence in the team’s capabilities is evidently running high.

However, that confidence certainly took a serious hit in the 3-0 drubbing the team received at the hands of X7 in the finals. That being said, Furuy’s mindset on the matter is positive. “I think we just need to focus on ourselves. The biggest reason we lost is that we were always reacting on their plays instead of making our own plans. We shouldn't overthink too much about what happened.”

As for Furuy’s own performance in the NLC so far this year, he offered some light criticisms. “I had a fine split not too bad or too good. I would say it wasn’t like last year when I had a really good last split but I did what was needed for the team.”

One critical aspect which helps Furuy to improve as a player is the unwavering and vocal support of his family. “It has been really great to have my parents support me that much. I cannot wish other parents in my life. since the beginning they have been supporting and I always had the free option to do it. I can always talk to them with my problems as well.” Sometimes, even his grandfather sits down to watch the prodigy in action. According to Furuy “he doesn’t really understand what is going on, but he knows when we win or lose.”

Today is a historic moment for us at Bifrost, as we start our @EUMasters journey🏇

We will play 3 games in today's Play-In round of group B🔥 pic.twitter.com/tYJ606jNzs