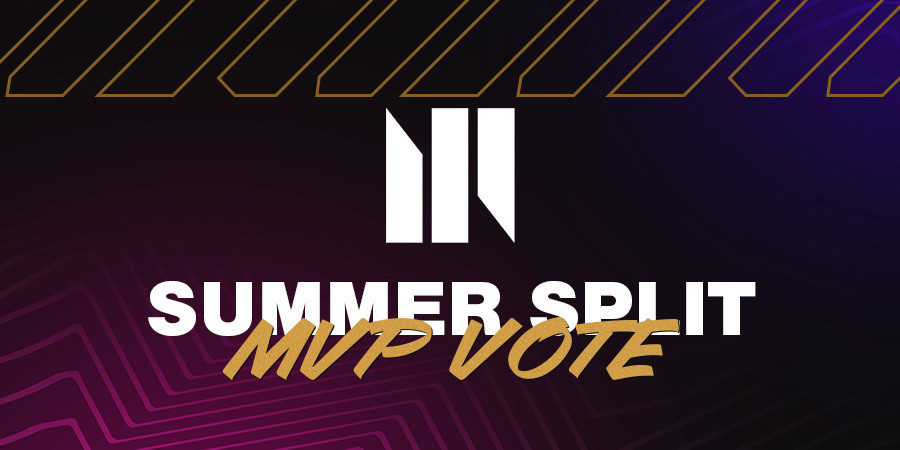 posted by Jacob Hancox,
Many teams came out fighting in the 2022 NLC Summer Split. X7 bounced back after initial struggles, while an initially dominant JDXL faltered towards the split's close. However, it was Dusty who claimed top spot in the regular season. But, who were the most valuable players of the split? We asked all of our players and coaches, as well as a panel of expert voters, to find out. At the end of the regular season of the 2022 NLC Summer Split, we once again asked all of the players and coaches, as well as our expert panel of casters, journalists and content creators, to name their Summer Split MVP. On top of that, each respondent also submitted a vote for the best player in each role for the All-Pro team, as well as the best coach overall.

What Could have Been: Our Summer Split MVP

Once again, Jang “EMENES” Min-soo has been voted as the MVP of the Summer Split. While he was a shoe in for the spot in Spring, the Summer split wasn’t such a smooth ride for JDXL’s prodigy midlaner. Eventhough the team decided to go on with Mrozku in the mid lane after week 7, EMENES’ strong play early in the split was enough to bag him his second MVP title in a row.

Despite missing the final four games of the split, EMENES still managed to claim top spot in the solo kills leaderboard – just as he did in Spring. Another stat that EMENES continued to dominate in was damage per minute. His constant aggression led to him doing 801 damage per minute, comprising 31.9% of JDXL’s total damage output. 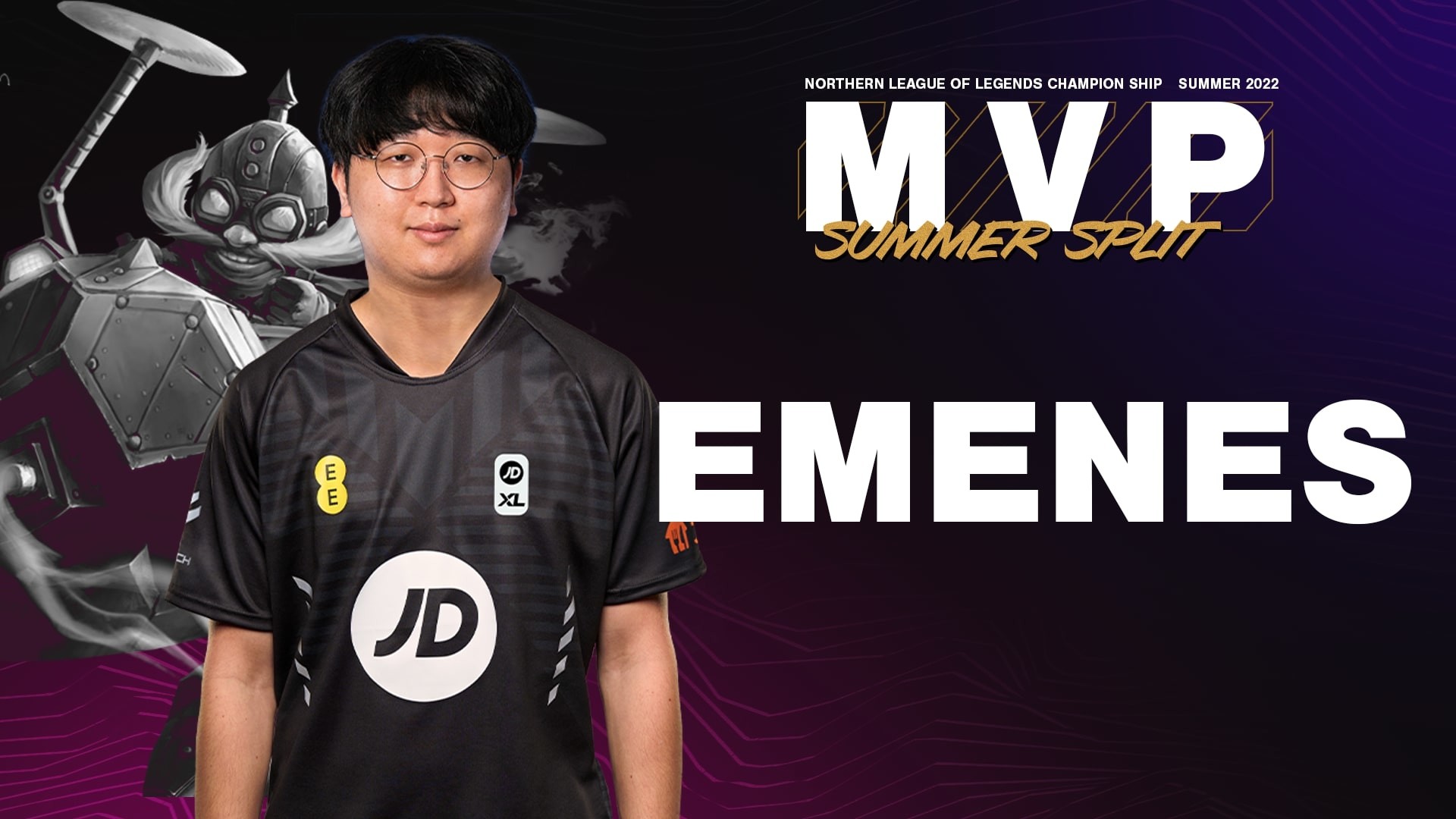 The two closest contenders in the MVP race were Jonathan "Backlund" Bäcklund and Linas "Lyncas" Nauncikas, both of Dusty. While Backlund placed slightly higher than his teammate, it is appropriate that there was almost nothing to choose between the two. On the rift, Backlund and Lyncas have been hailed as the strongest mid-jungle duo in the league. It’s hard to think of one without the other. In particular, their use of AD midlaners such as Yasuo and Yone alongside AP junglers such as Taliyah and Diana has been especially effective.


The best in each role: Our All-Pro team

Next up is the NLC Summer 2022 All-Pro team, consisting of those players voted the best in each respective role. Once again, the players, coaches and experts all had a say in which players were granted this honour. Below you can see the winners in each position, including the coaches. 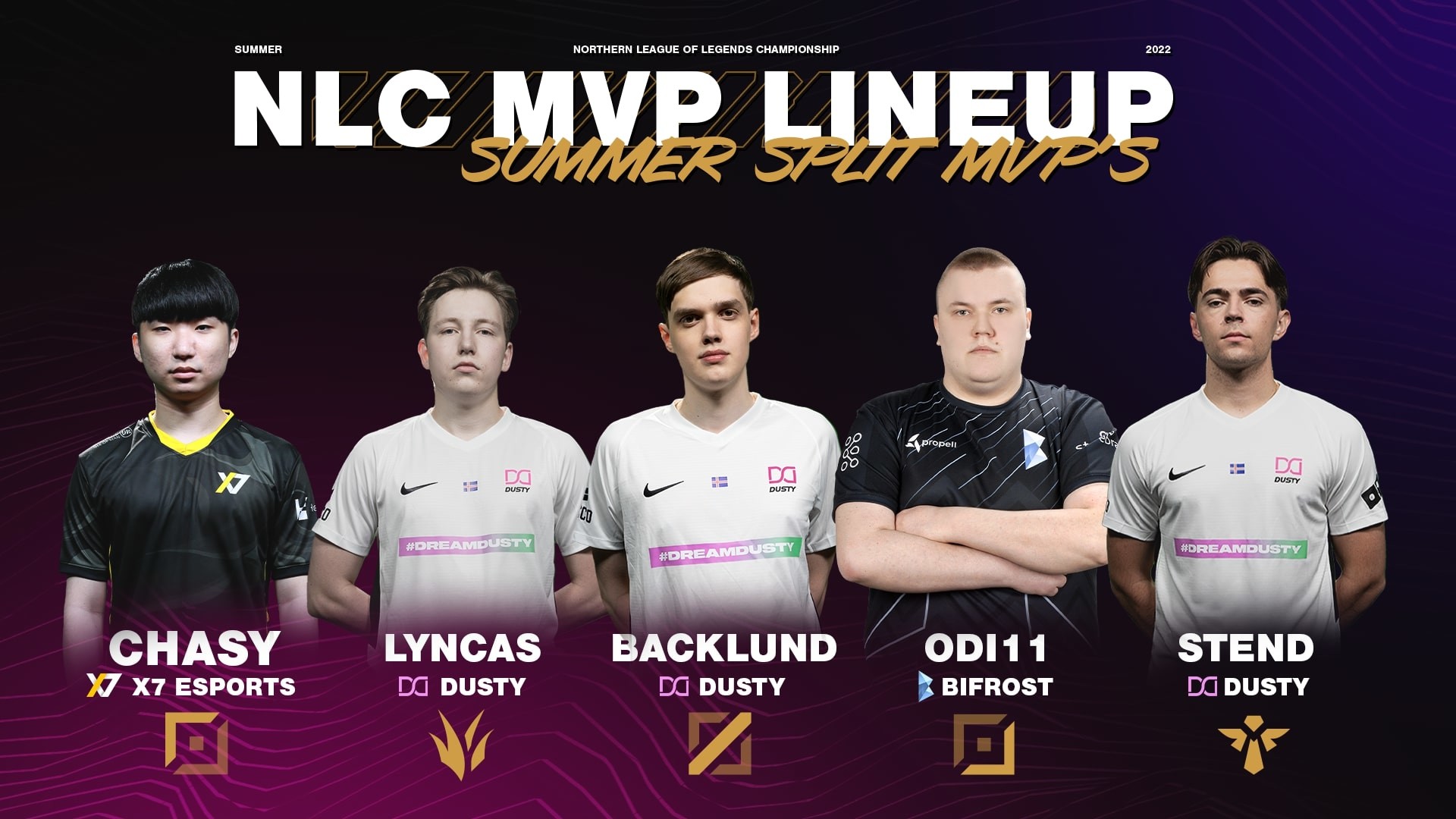