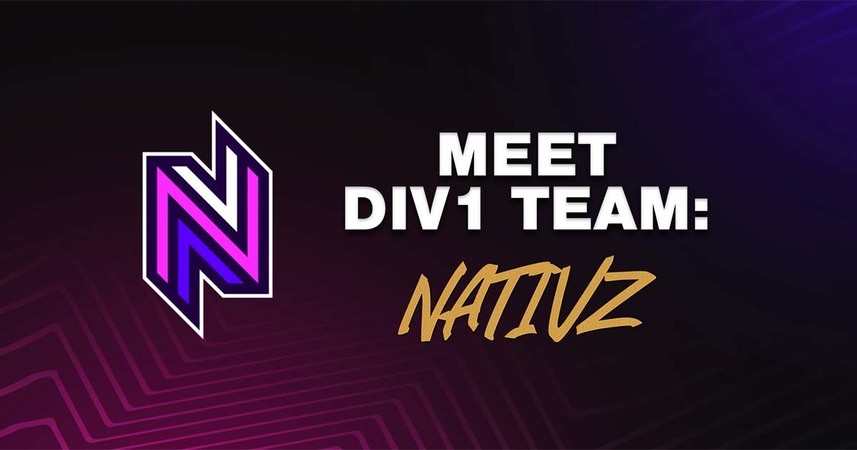 posted by Jacob Hancox,
After a hard fought promotion/relegation bracket, two teams have confirmed their right to participate in Division 1 of the NLC in 2023. The first of these teams is a new name to the highest tier of NLC competition in the form of Nativz. Though they fly the green, white and orange of Ireland on the NLC stage, Nativz began their journey in the Danish leagues back in the middle of 2021. Immediately, the organisation jumped out to a winning start, overcoming the likes of Astralis Talent to claim top spot in their group in the Telia Esports Series Denmark Summer 2021. While they fell a little short in playoffs, the organisation had made its mark.

In 2022, the Irish organisation claimed overall victory in both the Spring and Summer splits in division 2. In both of their 2022 playoff finals, the series scoreline was a perfect 3-0. From there, the team advanced to the Division 1 promotion tournament, where they took down both Team Singularity and MNM Gaming in successive best-of-fives to claim their Division 1 berth.

What is your goal for next year?

For Nativz it's about establishing ourselves in the NLC as a team to pay attention to. We have made a very quick journey from the danish scene to the top of our region and haven't had many breaks in that time to figure out what was next.

Is there anything you would like to say to the fans of Nativz?

Normally when a team dominates, people can have a tendency to start disliking them, especially when they come off as cocky as we have at times. But I'm very grateful that people have seen through the "facade" and that we just play to be the best we can, and try to have fun ourselves and create a good environment in the league around us. I hope you will keep cheering for Nativz, the players and the staff. Whether we see the same line-up next year or people end up in different places.

Do you have any messages for the rest of Division 1?

I hope everyone will take a page from Dusty and ours book and look to figure out how each team plays the best individually, instead of just being worse clones of LEC teams... Also Social Clash is mine.


Nativz will be hoping to make a strong introduction to their new Division 1 opponents in the upcoming Aurora Open. Their group, which includes Vanir, will leap into action along with the rest of the Aurora Open on Wednesday, 5 October.